Evidence for the benefit of Mentoring and Supervision for Practitioners

This article was compiled as part of the work submitted in the Clinical Supervision module for the Masters in Medical Education..  Dated 12.02.2015

Quote. ‘Supervision is increasingly seen as important in maintaining the well-being of staff and providing quality care to patients. For most professionals in the health and social care sector there will be a requirement from their professional body that they undertake supervision (not just during training but as an ongoing requirement for professional development and continued registration), and the majority would agree that this is a necessary activity.’

‘The evidence that is currently available shows an advantage to both practitioners and patients when the practitioner engages in effective supervision.’ Stanton & Dunkley (2012)

Below is a condensed version of the benefits of supervision.

Nurses have found that supervision helped them to acquire a new perspective on a problem when a patient’s situation was not moving forward. The supervision provided emotional support and increased energy to work on the situation. (Buus et al. 2011)

In a systematic review on the studies of supervision of psychotherapists the authors found that supervision produced a range of benefits in self-confidence, awareness and skill for the supervisee’s. (Wheeler and Richards 2007).

Supervision has been shown to reduce the rates of burnout in community mental health nurses. (Edwards et al. 2006)

In psychiatric nurses supervision was perceived to be effective as it was associated with increased job satisfaction, vitality and rational coping. (Gonge and Buus 2011)

What makes for effective supervision?

What is important in the training of Supervisors?

A review of the literature (Sloan 2005) summarized the characteristics that supervisors see as important to supervision. They are:

 Being able to make specific suggestions about interventions;

 To be able to give feedback on performance;

 To provide a non-judgemental environment;

 Being committed to supervision.

Participants in an intensive CBT training programme, where detailed feedback was given, found that , those participants that had supervision after the training maintained their new skills where as those without supervision returned to their pre-course levels within nine months. (Beck 1986).

In a literature review one of the summaries was that the single most important factor for effective supervision is probably the relationship with the supervisor. (Kilminster and Jolly 2000).

In carrying out a survey of healthcare professionals who had received at least six months experience of supervision, (there was a response rate of 62% from 799), found that supervisors who had had supervision training were rated significantly more highly on a range of evaluation measures than colleagues who had not been trained in supervision. (Hyrkas et al. 2006).

Wheeler, S. and Richards, K. (2007) The impact of clinical supervision on counsellors and therapists, their practice and their clients: a systematic review of the literature, Counselling and Psychotherapy Research, 7(1): 54–65. 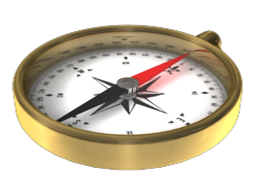