(2018) Is dry needling effective for low back pain?: A systematic review and PRISMA-compliant meta-analysis

Conclusions: Both measures were decreased in both groups but laser acupuncture resulted in a significant improvement in functional and symptomatic outcomes in this group of patients with CLBP even after 24 weeks follow up.'

D. Houssien1, A. Houssien. (2018) The relief of chronic low back pain (CLBP) immediately after one session of low level laser acupuncture therapy (LLLAT) Annals of the Rheumatic Diseases 2018;77:468-469.

'The effective rate of the warming needle moxibustion was significantly higher than that of the conventional acupuncture (P<0.05).The levels of plasma β-endorphin (EP)  were gradually increased in the two groups at the 1st, 2nd and 3rd course of treatment, and were obviously higher in the warming needle moxibustion group than in the conventional acupuncture group at each of the 3 courses (P<0.01).'

The article is written in Chinese so we cannot analyse the research in great detail, however our experience is that the use of moxibustion does potentiate the acupuncture needling, see resarch on comparing fMRI scans of the brain when the acupuncture points were either needled or had moxibustion applied.

'Conclusion: The effect of EA at EX-B2 (otherwise also known as M-BW-35 Hua Tuo Jia Ji) was superior to the conventional acupoints in treating LIDH.'

'Acupuncture for LBP is one of the most commonly used non-pharmacological pain-relieving techniques. This is due to its low adverse effects and cost-effectiveness. Currently, many randomized controlled trials and clinical research studies have produced promising results. In this article, the causes and incidence of LBP on global health care are reviewed. The importance of treatment by acupuncture is considered. The efforts to reveal the link between acupuncture points and anatomical features and the neurological mechanisms that lead to acupuncture-induced analgesic effect are reviewed.'

'Conclusion: This study suggests that application of DN to LM was accompanied by a decreased resting thickness and an increased contraction thickness of the TrA in asymptomatic participants.' This is an interesting observation of an effect from acupuncture probably working not only locally on LM but also segmentally improving the functioning of an abdominal muscle which may explain how it helps in treating back pain in that the anterior abdominal muscles are important for supporting the back.

(2016) Assessing knowledge about acupuncture: A survey of people with back pain in the UK.

'Conclusions. The study identified key gaps in knowledge about acupuncture among patients. In particular, many participants were unaware that acupuncture is available from the UK National Health Service and that acupuncturists are not subject to statutory regulation in the UK.'

NICE Guidlines. In 2009 in the UK NICE issued guidelines for the 'Early management of persistent non-specific low back pain' May 2009 Click here for the published article, page 8 has a specific section which relates to acupuncture, however recently 30.11.2016. NICE reverses its original opinion. DESPITE, NICE finding that acupuncture statistically significantly outperforms sham, providing proof that the effect is not simply as a result of bias or chance. The size of the difference for pain fell just short of the required level for recommendation. However, no account was taken that the sham acupuncture used in the clinical trials was a physiologically active control, thereby reducing the differential effect. Notwithstanding this, acupuncture still performed better against sham than all of the non-invasive treatments recommended by NICE, with the exception of NSAIDS (which themselves only just made the cut). How then did 1. exercise, 2. manual and 3. psychological therapies come to be included? All three failed against sham. The exercise sham data was subsequently removed from the review (prior to the final guideline) clearing the way for usual care comparisons. The other two were not even well supported by usual care data, so their recommendations are particularly suspect. Even on a usual care basis acupuncture shows a greater effect than these three.

Placebo effects are present in all interventions, especially those delivered by a therapist. If such interventions are to be evaluated against placebo then this should be the case for all of them across the board. However the primary comparison, the clinically relevant one should be with usual care: again, this should be the same for all therapies. Both acupuncture and exercise were found to be effective compared to usual care, and also cost-effective, but because they were being assessed on different criteria, exercise is recommended and acupuncture is NOT!!!!!!! Evidence-based medicine should be applied evenly across all interventions for a particular condition. I believe the recommendations are not in the interests of patients, who should be provided with fair and unbiased information on which to base their decisions about health care. 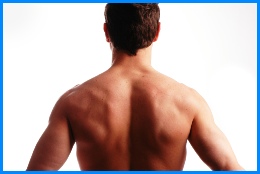