(2018)  A comparative study of efficacy between

‘Conclusion: The treatment of primary trigeminal neuralgia with acupuncture therapy is characterized by better efficacy, higher safety and shorter hospitalization time, which is worthy of clinical popularization.

‘Results: The severity of pain was lower at the end of treatment in the case compared to the control group so this difference was statistically significant (P = 0.003). The severity of pain decreased in both groups over time. Significant difference was noted in this regard between the 2 groups either (P = 0.003). At the end of treatment pain intensity dropped in the intervention group from 6/8 to 1/2 and control group from 6/6 to 2/7.

Conclusion: Laser therapy did add to the value of pharmaceutical therapy for treatment of TN. Both groups experienced significant improvement over time. So it is better to used laser complementary therapy to reduce side effects and the medicine dosage.’

Conclusions:Acupuncture can be an option in the treatment of ITN due to its analgesic effect in both ITN and secondary myofascial pain associated with it.’

‘In this article are shown two patients, males, both 66 years old, diagnosed with trigeminal neuralgia. Acupuncture treatments were made in our clinic for TCM (traditional Chinese medicine) and acupuncture with fire needle on a trigger i.e. Ashi points. One of the patients needed only one treatment, the other needed six treatments.’

(2010) A systematic review on acupuncture for trigeminal neuralgia.

‘RESULTS: Twelve studies met the inclusion criteria with 506 people in the acupuncture arm and 414 people in the control arm, in which carbamazepine (CBZ) was used as the control treatment. Four trials reported that acupuncture was superior to CBZ, and the remaining eight studies showed no difference between the treatment and control groups. Adverse effects of acupuncture, which were reported in three studies, were mild.

CONCLUSION:The evidence reviewed previously suggests that acupuncture is of similar efficacy as CBZ but with fewer adverse effects in treatment of TN.’

(2009) Successful Treatment of a Resistance Trigeminal Neuralgia Patient By Acupuncture

‘CASE DESCRIPTION. A 66-year-old woman was referred with a typical TN pain on the left side of her face for 25 years. She was diagnosed with TN after evaluation and work-up by a neurologist. She used medications, including phenytoin (200 mg per day) and carbamazepine (600 mg per day). The pain was triggered by speaking, eating or touching. The pain was evaluated using a visual analog scale (VAS), which ranged from 0 (no pain) to 10 (worst pain imaginable). According to the VAS, the patient rated her pain as 10. She had, to date, experienced no beneficial effects from several therapeutic methods, including medication (carbamazepine, gabapentin and valproic acid), nerve block and radiofrequency rhizotomy of the infraorbital branch of the trigeminal nerve. Acupuncture treatment was initiated without making any change to her drug regime. Acupuncture needles (0.20 × 13 mm needles for the face and 0.25 x 25 mm needles for the other regions) were inserted on the typical areas that are used for trigeminal neuralgia. For facial neuralgia, the protocol utilized local points of TH 17 and 21, GB2, SI 18, ST 2, 3 and 7, GV 26 and LI 20; systemic points included TH 5, LI 4, ST 36, ST 44, ST 45 and LIV 3. Auricular acupuncture points were also used (Shen Men, neuro, face and lung points). Needles were not manipulated, and no attempt was made to elicit De-Qi. Every treatment session lasted about forty-five minutes, three times a week. After the fourth session, she reported that she had been relieved almost pain free. By the sixth week (14 sessions), the patient was completely free of pain (VAS = 0) and was still pain free at the end of sixth month.’

(1993) ACUPUNCTURE VS CARBAMAZEPINE IN TRIGEMINAL NEURALGIA

‘PATIENTS METHOD AND RESULTS. During the last 5 years we treated 36 cases of trigeminal neuralgia who reported to our pain clinic. All of them were on carbamazepine (tegretol) for more than one month and had no pain relief. Male to female ratio was 1:3 (male 9 and female 27). Two acupuncture needles were inserted at point taiying (about 2 cm outer side of eye canthus) and yangbai (about 2 cm above the eyebrow) on the affected side. For half an hour needles were stimulated with (BT 701 electroacupuncture machine) low frequency and high intensity. This form of stimulation is thought to inhibit pain by activating enkephalinegic interneurones in the dorsal horn and invoke production of endorphins in the brain. Treat­ment was continued for 15 days as first course of treatment. After interval of 2 weeks second course was started in few patients. Maximum 2-5 courses were needed for most of the patients to get maximum benefit. Fifteen patients showed excellent improvement. They stopped taking all drugs. There was no recurrence for 2 years. In 9 patients intensity of pain was much reduced and duration of pain was less. They described their pain ‘just bearable’. In another 8 patients response was variable. Four patients showed no change at all in their pain character or intensity.’ 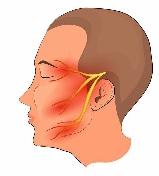 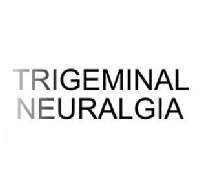