(2018) Acupuncture for migraine without aura: a systematic review and meta-analysis.

Conclusion: Our meta-analysis shows that the effectiveness of acupuncture is still uncertain, but it might be relatively safer than medication therapy in the treatment and prophylaxis of MWoA. Further proof is needed.'

(2018) The Effect of Acupuncture on the Quality of Life in Patients with Migraine: A Systematic Review and Meta-analysis.

Conclusion: Acupuncture exhibits certain efficacy both in the treatment and prevention of migraines, which is superior to no treatment, sham acupuncture and medication. Further, acupuncture enhanced the quality of life more than did medication..'

'The aims of this study were to 1) compare the spontaneous brain activity differences between Migraine without Aura (MwoA) patients and healthy controls (HCs), using amplitude of low-frequency fluctuations (ALFF) calculation method, and 2) explore how an effective treatment (verum acupuncture) could modulate the ALFF of MwoA patients. One hundred MwoA patients and forty-six matched HCs were recruited. Patients were randomized to four weeks' verum acupuncture, sham acupuncture, and waiting list groups. Patients had resting state BOLD-fMRI scan before and after treatment, while HCs only had resting state BOLD-fMRI scan at baseline. Headache intensity, headache frequency, self-rating anxiety and self-rating depression were used for clinical efficacy evaluation. Compared with HCs, MwoA patients showed increased ALFF in posterior insula and putamen/caudate, and reduced ALFF in rostral ventromedial medulla (RVM)/trigeminocervical complex (TCC). After longitudinal verum acupuncture treatment, the decreased ALFF of the RVM/TCC was normalized in migraine patients. Verum acupuncture and sham acupuncture have different modulation effects on ALFF of RVM/TCC in migraine patients. Our results suggest that impairment of the homeostasis of the trigeminovascular nociceptive pathway is involved in the neural pathophysiology of migraines. Effective treatments, such as verum acupuncture, could help to restore this imbalance.'

(2017) Editorial on “The long-term effect of acupuncture for migraine prophylaxis: a randomized clinical trial”

'This new, rigorous, sham-controlled study confirms the efficacy of acupuncture over sham acupuncture for migraine prophylaxis, which was concluded from a recent Cochrane review. '

Some of the practice points for clinicians were summarized as follows:

(2017) Acupuncture May Be Effective for Long-term Migraine Prophylaxis

‘Acupuncture significantly reduced the frequency and severity of migraines without aura, according to a Chinese trial that compared true acupuncture (TA) with 2 control groups—sham acupuncture (SA) and no intervention. The authors of the study, published in JAMA Internal Medicine, report that the clinical benefit persisted over the 24-week trial.

The 249 participants had migraines without auras 2 to 8 times per month for at least a year. Participants were randomly assigned at a 1:1:1 ratio to 3 groups. The first 2 groups received either TA or SA 30-minute electroacupuncture sessions once a day for 5 consecutive days, followed by a 2-day break, for a total of 4 weeks or 20 sessions. The third group received no intervention but were told they would receive 20 free acupuncture sessions after the trial ended. All patients in the TA and SA groups received acupuncture on 4 acupoints per treatment, but acupuncturists did not perform effective needling in the sham group. Patients were allowed to take only ibuprofen for intolerable pain.’

'METHODS: We performed a multicentre, single-blind randomized controlled trial. In total, 480 patients with migraine were randomly assigned to one of four groups (Shaoyang-specific acupuncture, Shaoyang-nonspecific acupuncture, Yangming-specific acupuncture or sham acupuncture [control]). All groups received 20 treatments, which included electrical stimulation, over a period of four weeks. The primary outcome was the number of days with a migraine experienced during weeks 5-8 after randomization. Our secondary outcomes included the frequency of migraine attack, migraine intensity and migraine-specific quality of life. 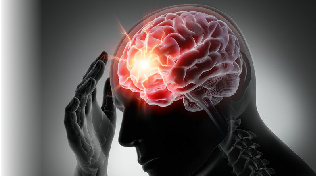