(2018) Management of Menopause Symptoms with Acupuncture: An Umbrella Systematic Review and Meta-Analysis

‘Conclusions: Evidence from RCTs supports the use of acupuncture as an adjunctive or stand-alone treatment for reducing Vasomotor symptoms (VMSs) and improving health-related quality of life (HRQOL) outcomes, with the caveat that observed clinical benefit associated with acupuncture may be due, in part, or in whole to nonspecific effects. The safety of acupuncture in the treatment of VMSs has not been rigorously examined, but there is no clear signal for a significant potential for harm.’

‘Results: Eleven RCTs were included in this systematic review, and nine were included in the meta-analysis. Traditional acupuncture (TA) showed statistically significant improvement relative to sham acupuncture (SA) in HF severity without heterogeneity. However, HF frequency and quality of life (QOL) did not differ between TA and SA. Nevertheless, TA showed significant improvement of HF frequency and severity, and QOL when compared to the control (wait list or no treatment).

(2017) Acupuncture May Improve Quality of Life in Menopausal Women: A Meta-Analysis of Randomized Controlled Trials

‘Conclusion. Both the total score and the subgroup analysis strongly indicated that acupuncture can alleviate menopause-related symptoms. However, the evidence is not very strong. Thus further studies about the efficiency of acupuncture on menopausal symptoms based on well-designed trials are needed.’

(2017) Trajectories of Response to Acupuncture for Menopausal Vasomotor Symptoms: The Acupuncture in Menopause Study.

‘CONCLUSIONS: Approximately half of the treated sample reported a decline in VMS frequency, but identifying clear predictors of clinical response to acupuncture treatment of menopausal vasomotor symptoms remains challenging.’

‘A total of 209 peri- or postmenopausal women ages 45 to 60 who were experiencing four or more vasomotor symptoms a day were randomly assigned to receive up to 20 acupuncture treatments within the first six months or to be in a “wait list” control group who received usual care for six months followed by a six-month course of acupuncture. At six months, women in the acupuncture group had a 37% decrease in the frequency of vasomotor symptoms compared with a 6% increase in the control group. At 12 months, the reduction from baseline was 29.5% in the acupuncture group, suggesting that the effect was largely maintained or six months after discontinuing treatment. Significant relief of vasomotor symptoms was evident at three weeks, and maximal clinical effects were seen after a median of eight treatments. Acupuncture also minimized the degree to which hot flashes interfered with daily activities, and had a positive effect on sleep, somatic and memory symptoms, and anxiety—and these benefits also persisted for six months after treatment.’

Our biggest criticism is that in Classical Five element acupuncture terms all women who have hot flashes do not all have Kidney yin deficiency! Failure to take this into account will mean that some women will not be getting the correct acupuncture treatment for their state of health plus placebo acupuncture is not placebo it has been shown to have active components. However ‘acupuncture and a placebo version of acupuncture with no needle insertion both reduced hot flash scores by about 40%, and the reduction was sustained for 6 months.’

DISCUSSION . Our findings demonstrate a significant improvement of hot flush severity and frequency, as well as other menopausal symptoms in postmenopausal women after 12 weeks of TCM acupuncture treatment in comparison to sham acupuncture. Moreover we measured persisting long-term effects of TCM acupuncture on attenuation of overall, somato-vegetative and urogenital menopausal symptom severity at 12 weeks follow-up assessment. When comparing the effects of TCM acupuncture with verum Chinese herbal medicine(CHM), TCM Aacupuncture was found to be superior to CHM in terms of significantly stronger decreases in all MRS II subscale scores, and a trend towards a stronger reduction in hot flush severity from pre- to post-treatment. No significant effects were found for verum CHM compared to placebo CHM. Interventions in all study arms were well tolerated.

(2011) The effect of acupuncture on postmenopausal symptoms and reproductive hormones: a sham controlled clinical trial

'Conclusion: Acupuncture was effective in reducing menopausal complaints when compared to sham acupuncture and can be considered as an alternative in the treatment of menopausal symptoms. ........ particularly in hot flushes, in women who have contraindications for HRT.'

'Oestrogen levels were significantly higher than in the sham group at the end of treatment. ..... Luteinising hormone (LH) levels were reduced and oestradiol levels were raised after treatment with acupuncture group, but we believe that those changes in hormone levels are not sufficiently large to explain the changes in symptoms.

In this study, real acupuncture treatment was superior to sham acupuncture, in the relief of somatic, and psychological symptoms in post-menopausal women.

No adverse effects were observed in any of the patients.

The sample size was very small, ...... more reliable results can be obtained in the studies with larger sample size and longer follow up.' 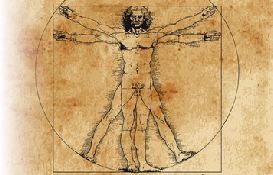 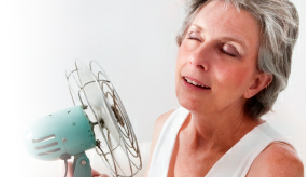