‘Abstract: One hundred and eighteen studies met the inclusive criteria, and involved 67 main acupoints. The most commonly used acupoints were Sanyinjiao (SP 6), Ashi point, Zusanli (ST 36), Yinlingquan (SP 9), and Taichong (LR 3). The main acupoints mainly belonged to the Spleen, Stomach and Liver Meridian. Association rule analysis showed that Ashi point, Zusanli (ST 36) and Sanyinjiao (SP 6) had the highest correlation of all the selected acupoints. The cluster analysis showed five core clustering groups. Acupuncture treatment of gout focuses on acupoints along meridians and the acupoints around the affected joint.’

(2016) Acupuncture for serum uric acid in patients with asymptomatic hyperuricemia: A randomized, double-blind, placebo-controlled trial. Results: At the end of the intervention, the individuals in the acupuncture group were found to have significantly less levels of serum uric acid than those in the shamgroup [(453±65 vs. 528±81) μmol/L, p b 0.01]. Acupuncture was effective on increasing the urine uric acid level, urine pHvalue and 24-hour urine volume than the sham reatment (p b 0.05 for all). Interestingly, acupuncture significantly decreased the level of urate anion exchanger (URAT-1) (p b 0.01) but not xanthine oxidase (XOD) than that of the sham intervention.

‘Acupuncture treatment. The used acupoints were bilateral Five Shu in Spleen Meridian: SPl (Yinbai), SP2 (Dadu), SP3 (Taibai), SP5 (Shangqiu), and SP9 (Yinlingquan). The needles were inserted and stimulated manually until DeQi was achieved and thereafter stimulated at 10-minute intervals for 30 min. The acupuncture was performed once daily for 10 consecutive days.’

This is a symptomatic form of acupuncture treatment and not a holistic approach as to why the person has developed hyperuricaemia in the first place.

(2016) Update on the Clinical Effect of Acupuncture Therapy in Patients with Gouty Arthritis: Systematic Review and Meta-Analysis

‘RESULTS. We analyzed data from 28 RCTs involving 2237 patients with gouty arthritis. Compared with conventional pharmacological treatments acupuncture was more effective in rendering patients free from symptoms after 24 hours, lowering serum urate, alleviating pain associated with gouty arthritis, and decreasing the Erythrocyte Sedimentation rate (ESR); regarding  C-reactive protein (CRP), no statistically significant difference was found. In addition, the frequency of adverse events in acupuncture treatment was lower than that in control group.’

(2013) Acupuncture for gouty arthritis: a concise report of a systematic and meta-analysis approach (Now updated in 2016 see above)

CONCLUSION: The results of the studies included here suggest that acupuncture is efficacious as complementary therapy for gouty arthritis patients. More research and well-designed, rigorous and large clinical trials are necessary to address these issues.' 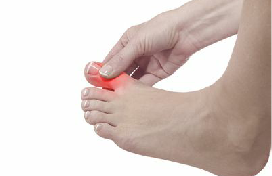