(2017) A Systematic Review of Acupuncture for Chronic Fatigue Syndrome

'Objectives : To evaluate and summarize the efficacy and safety of acupuncture treatment (AT) in chronic fatigue syndrome (CFS). Methods : Fifteen databases (Pubmed, Cochrane, EMBASE, AMED, CINAHL, CNKI, Wanfang, and eight Korean databases) were searched up to September 2016. Only trials in which acupuncture was the sole treatment were included. Fatigue was used as the primary outcome measure, while the quality of life, pain, mood disorders, and adverse events were used as secondary outcome measures.

Conclusion : This review found evidence that patients with CFS may generally benefit from alleviation of symptoms by acupuncture treatment, and there is no evidence of worsening symptoms or causing of serious adverse events. A positive effect on fatigue and pain was observed, but no conclusion for improving quality of life and mood disorders.'

(2017) Acupuncture and moxibustion for chronic fatigue syndrome in traditional Chinese medicine: a systematic review and meta-analysis.

Conclusions. In the treatment of CFS, CbAM and SAM may have better effect than other treatments. However, the included trials have relatively poor quality, hence high quality studies are needed to confirm our finding.

(2016) Acupuncture and Moxibustion have Different Effects on Fatigue by Regulating the Autonomic Nervous System: A Pilot Controlled Clinical Trial.

'We selected acupoints ST36 (bilateral) and CV4, which can reinforce qi in TCM theories and ameliorate fatigue in Western medical systems. In the control group and acupuncture group, 3 acupoints were stimulated by single-use stainless steel needles (0.30 mm × 40 mm). Each intervention session lasted 15 minutes, and the sessions were performed identically in both groups. The acupuncturist manipulated the needle by lifting-thrusting and twirling-rotating every 5 minutes to maintain the Deqi sensation, which means that the participants felt soreness, aching, and deep pressure as described in the Massachusetts General Hospital acupuncture sensation scales.'

'The moxibustion group received warming from indirect moxibustion using a commercially available moxibustion box.The moxa was burned about 1 to 2 cm above the acupoint skin for 15 minutes.'

'Every participant in the 3 groups received 10 sessions, which were administered every other day'

(2005) Acupuncture in the treatment of post viral fatigue syndrome – a case report.

'Abstract: This case report concerns the treatment of post viral fatigue (chronic fatigue syndrome) with electroacupuncture. This condition is particularly difficult to treat whether using conventional or complementary therapy. Whilst the treatment did not cure the patient, it appears to have facilitated her return to work and markedly improved her symptoms.' 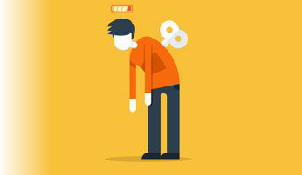