‘This case study describes a 65-year-old female diagnosed with MSA, who was treated with 192 sessions of acupuncture over a 15-month period. After a year of acupuncture treatment, the patient’s condition, measured on the Unified MSA Rating Scale (UMSARS), Scale for the Assessment and Rating of Ataxia (SARA), Berg Balance Scale (BBS), and Hamilton Depression Scale (HAM-D), was found to have improved significantly.

CONCLUSIONS: The results of this case study are promising, and suggest that acupuncture could potentially represent a safe and effective therapy for treating MSA patients. The mechanisms of action of acupuncture in MSA remain a matter of speculation, but could pertain to its known antiinflammatory and autonomic regulatory effects.’

‘Abstract. Previously no alternative therapy approach has been made to ameliorate disturbed circadian arginin vasopressin rhythm (C-AVP-R) in multiple system atrophy (MSA). A 65-year-old man with MSA showed loss of

C-AVP-R and nocturnal polyuria. We performed moxibustion at specific acupuncture points on the bladder

and inside the feet, once a day, 3 times a week, for 6 months. After the treatment, his C-AVP-R appeared to

be normal, and the nocturnal urine output decreased to 75% (p<0.01). Together with the previous studies, it

secretion in this patient.’ 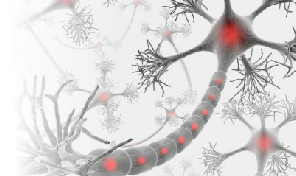